Frequency: Frequency refers to the number of cycles in a sound wave per second, with one cycle per second being 1 hertz. Diagnostic ultrasound uses frequencies in the range of 1-10 million (mega) Hertz.

Wavelength: is the distance traveled by sounds in one cycle, or the distance between two identical points in the wave cycle. It is inversely proportional to the frequency. Wavelength is one of the key factors affecting axial resolution of an ultrasound image. Lower frequency probes (1-5 MHz) provide better penetration albeit lower resolution. Higher frequency probes (5-10 MHz) provide better resolution but can only be applied on superficial structures.

Beam: the ultrasound beam is made up of tens to hundreds of scan lines and focused by the transducer so as to be as close to a flat plane as possible.

Artifacts: are errors in images. To understand artifacts, one need to consider the basic assumptions made in producing an ultrasound image:

- Sound waves travel in a straight line; Sound travels directly to the reflector and back (Figure 1).

- Reflections occur from the structures along the central axis of the beam.

- Intensity of reflection corresponds to the reflector scattering strength. There are exceptions to these assumptions.

Reverberation: is caused by the sound bouncing back and forth between tissue boundaries and then returning to the receiver. They appear as multiple spaced lines along a ray line.

Ring down artifacts: are produced when small structures, such as air bubbles, resonate at the ultrasound frequency and emit sound. Because the sound is emitted after the transducer receives the initial reflection, the machine thinks the emitted sound is coming from a structure deeper in the body.

Mirror image: when sound bounces off a strong, smooth reflector such as the diaphragm, the surface acts as a mirror and reflects the pulse to another tissue interface. The machine believes the second interface is beyond the first surface (Figure 2).

Attenuation: tissue deeper thang stronger attenuating objects such as calcification, appear darker because the intensity of the transmitted beam is lower (Figure 3).

Enhancement: occurs when sounds travels through a medium with an attenuation rate lower than surrounding tissue and is seen as an abnormally high brightness (Figure 3). 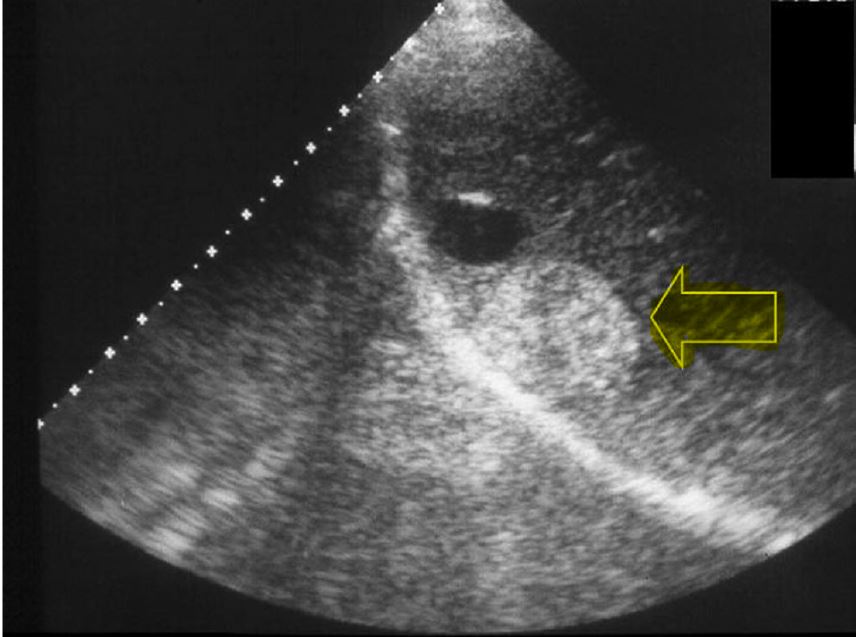 Figure 2. Mirror image. A structure in the liver (yellow arrow) is 'mirrored'below the diaphragm 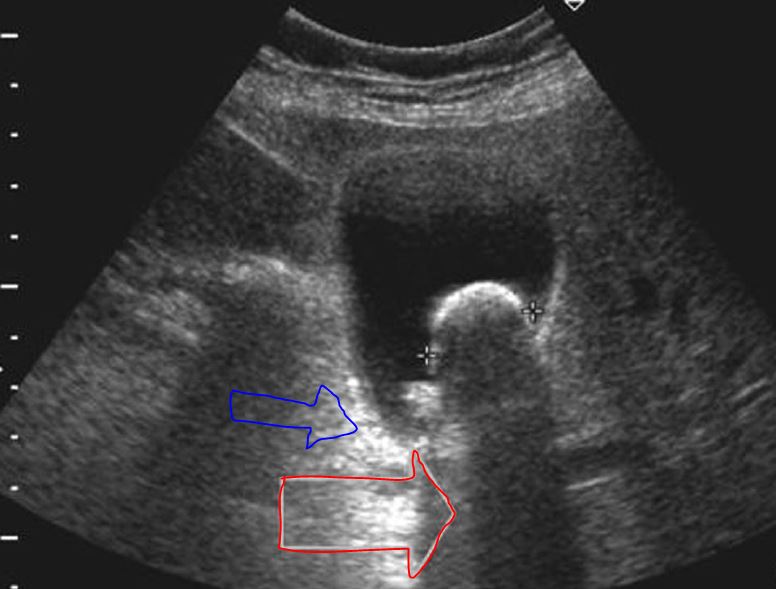 Figure 3. There is enhancement (Blue arrow) and attenuation (Red arrow)